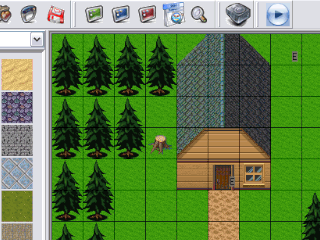 The goal of this project was to make easy to people without experience in programming languages to create their own 2D games. The game engine created, called RPG Builder, is a tool for creating 2D role-playing games. The project was funded by FAPESC (Fundação de Apoio à Pesquisa Científica e Tecnológica do Estado de Santa Catarina). To validate the tool, an educational RPG was created, which tells historical facts about the Contestado War. In the game, players can experience and understand more clearly the events that occurred during the Contestado War.