The generation of engaging visual representations for interactive storytelling represents a key challenge for the evolution and popularization of interactive narratives. Usually, interactive storytelling systems adopt computer graphics to represent the virtual story worlds, which facilitates the dynamic generation of visual content. Although animation is a powerful storytelling medium, live-action films are still attracting more attention from the general public. In addition, despite the recent progress in graphics rendering and the wide-scale acceptance of 3D animation in films, the visual quality of video is still far superior to that of real-time generated computer graphics. In this project, we explore a new approach to create more engaging interactive narratives, denominated "Video-Based Interactive Storytelling", where characters and virtual environments are replaced by real actors and settings, without losing the logical structure of the narrative. 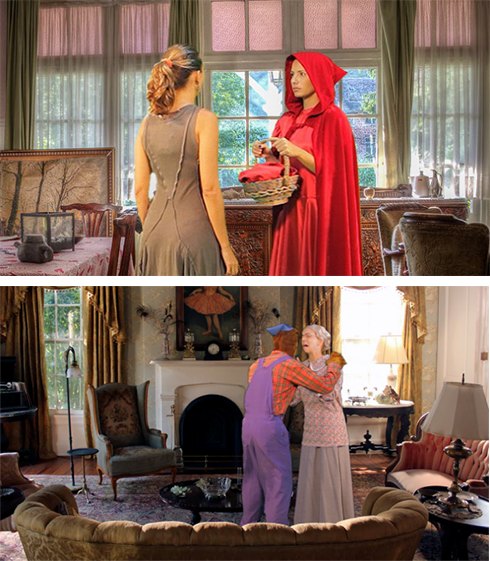