An intriguing phenomenon in human storytelling - inexhaustible source of inspiration for digital storytelling - is our ability to still recognize a story that the narrator has felt free to change to a considerable extent. However, observing how folktales have appeared and been disseminated through different countries along the centuries, we shall notice that our favourite stories have evolved no less dramatically in the course of the oral storytelling tradition. In this research project, taking Little Red Riding Hood as example, we review a small number of variants of this universally cherished story, in an attempt to understand how variants emerge. Our study is founded on the classification of types and motifs contained in the Index of Antti Aarne and Stith Thompson, and examines the hypothesis that variants are often the consequence of type interactions, which we propose to characterize in terms of semiotic relations associated with the so-called four master tropes. Our objective is to provide the conceptual basis for the development of semi-automatic methods to help users compose their own narrative plots. 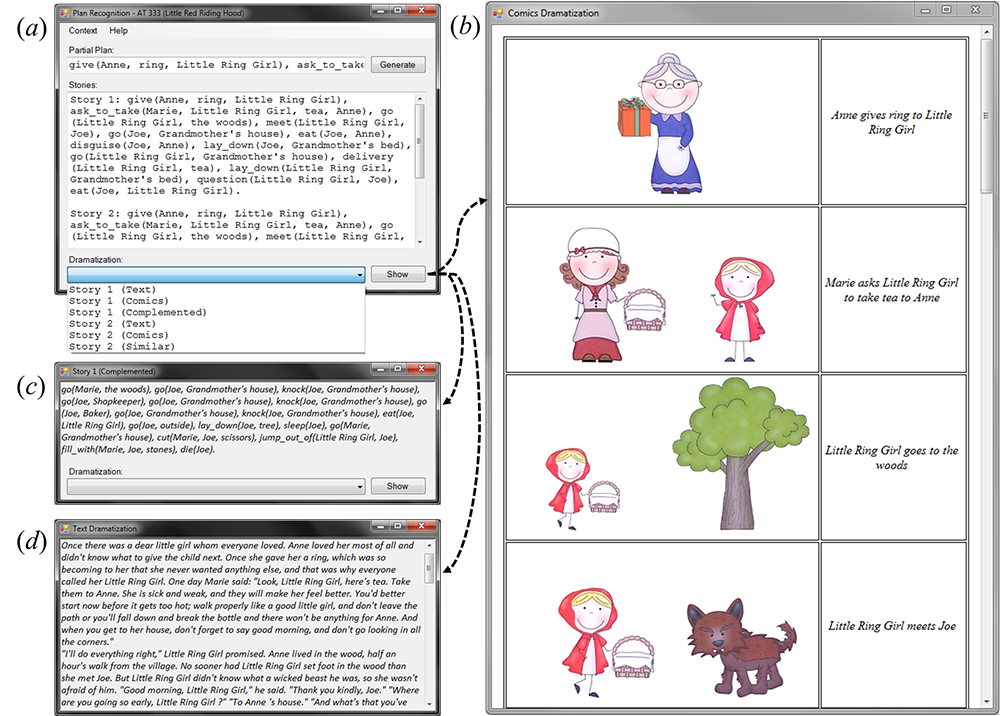